The RB-VHDMA8 is an 8 channel analogue de-embedder contained in a single 19-inch rack unit. The unit can selectively de-embed up to 8 channels within any audio group of an SDI video signal, to any of the analogue outputs. After which, the video becomes two independent paths, where the audio groups can be selectively deleted or passed through and then sent to the re-clocked SDI outputs.

The de-embedding channel routing is controlled via the front panel buttons and indicators. There is also LED indication for SDI input status and audio group presence.

The unit can be remote controlled via Ethernet or serial port connections using the Sonifex SCi software.

It has a triple rate SDI receiver with automatic input rate detection and equalisation along with two re-clocked and individually buffered SDI outputs. It supports the full range of single link 3G, HD and SD standards from NTSC and PAL up to 1080p 60Hz. There is independent level control for each analogue output channel, which can be adjusted from -24dB through to +24dB in 0.5dB steps.

The analogue outputs have three full-scale gain settings which can be set via jumpers inside the unit. Allowable settings are +12dBu, +18dBu and +24dBu reference FSD. The balanced and unbalanced output connections are paralleled, allowing one type to be used per output.

This product has settings that can be adjusted using the Sonifex SCi (Serial Control Interface) software. To download a copy of the SCi software please contact us at; [email protected] 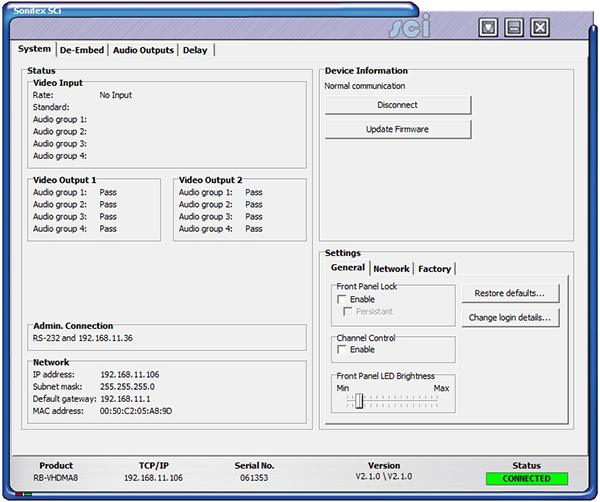 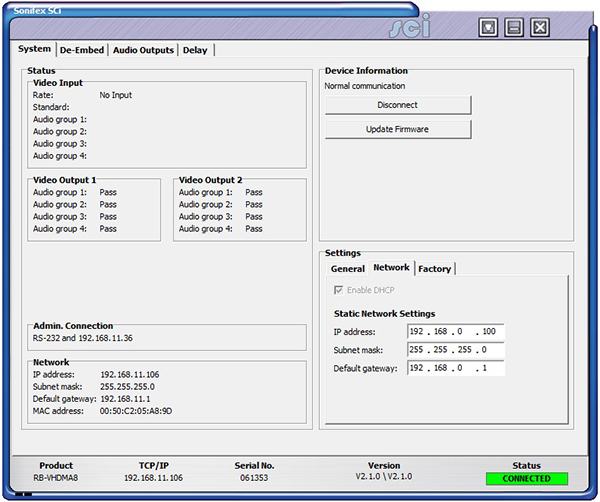 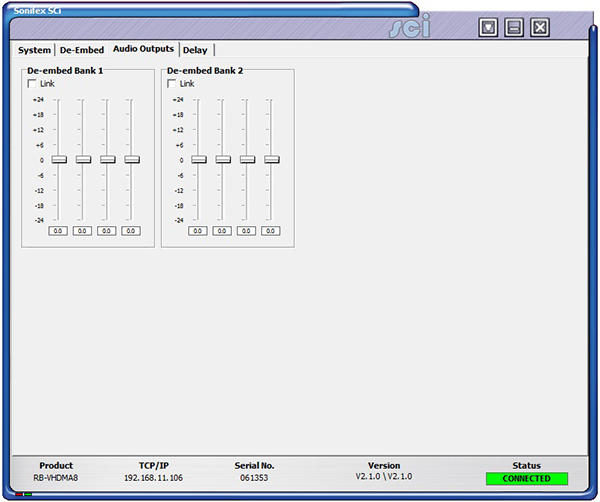 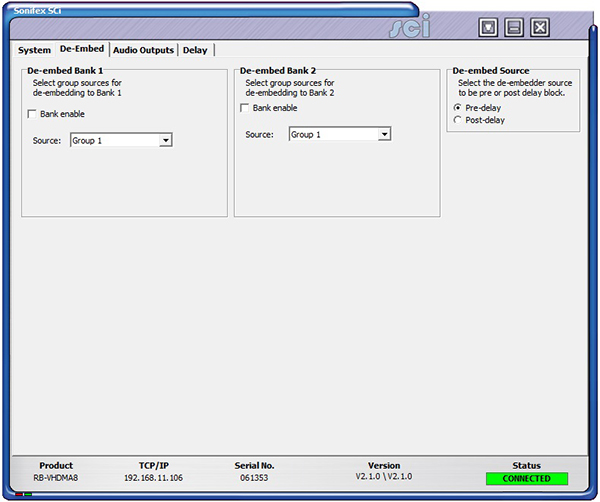 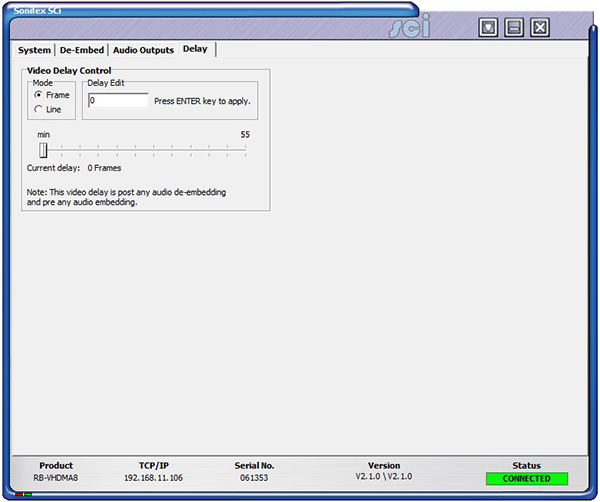 This website uses cookies to improve your experience while you navigate through the website. Out of these cookies, the cookies that are categorized as necessary are stored on your browser as they are essential for the working of basic functionalities of the website. We also use third-party cookies that help us analyze and understand how you use this website. These cookies will be stored in your browser only with your consent. You also have the option to opt-out of these cookies. But opting out of some of these cookies may have an effect on your browsing experience.
Necessary Always Enabled
Necessary cookies are absolutely essential for the website to function properly. This category only includes cookies that ensures basic functionalities and security features of the website. These cookies do not store any personal information.
Non-necessary
Any cookies that may not be particularly necessary for the website to function and is used specifically to collect user personal data via analytics, ads, other embedded contents are termed as non-necessary cookies. It is mandatory to procure user consent prior to running these cookies on your website.
SAVE & ACCEPT
TELEVISION Sonifex RB-VHDMA8